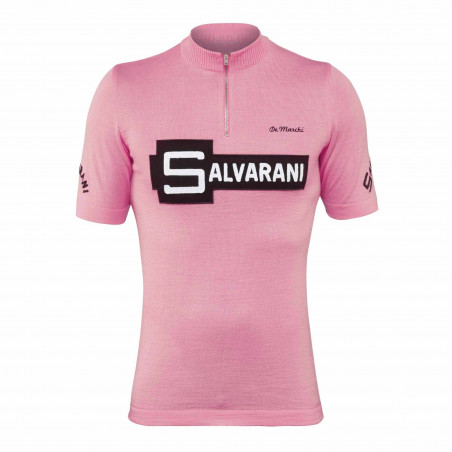 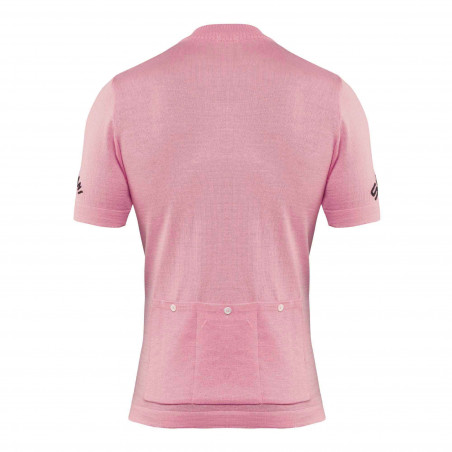 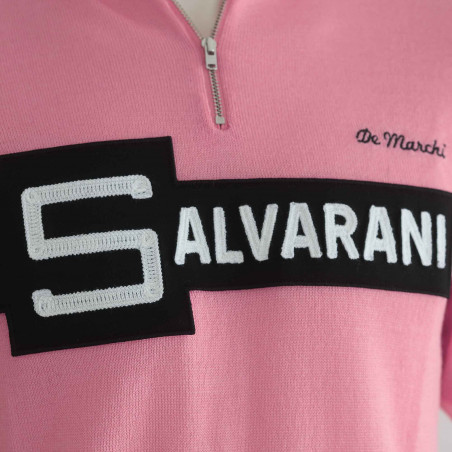 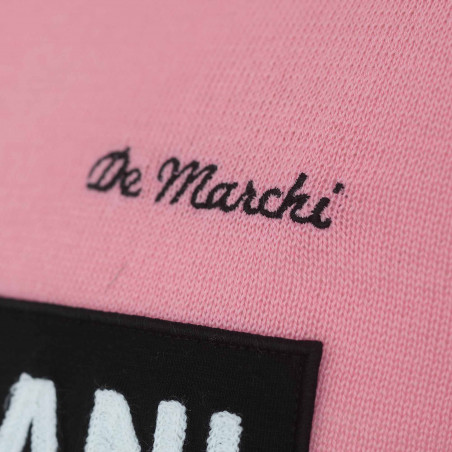 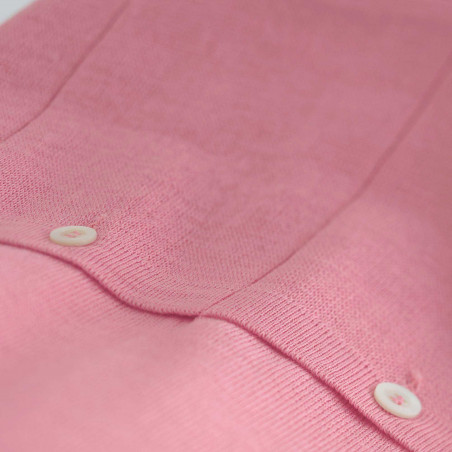 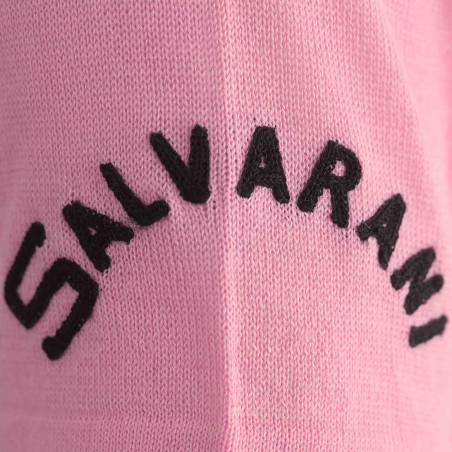 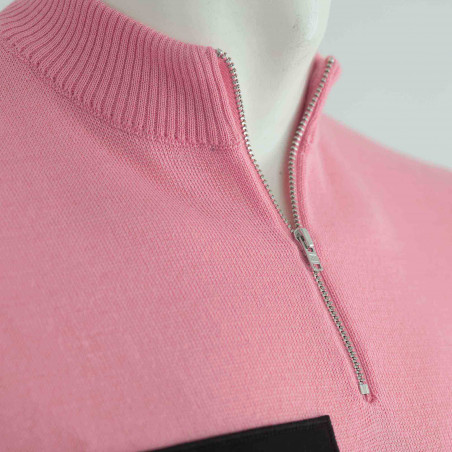 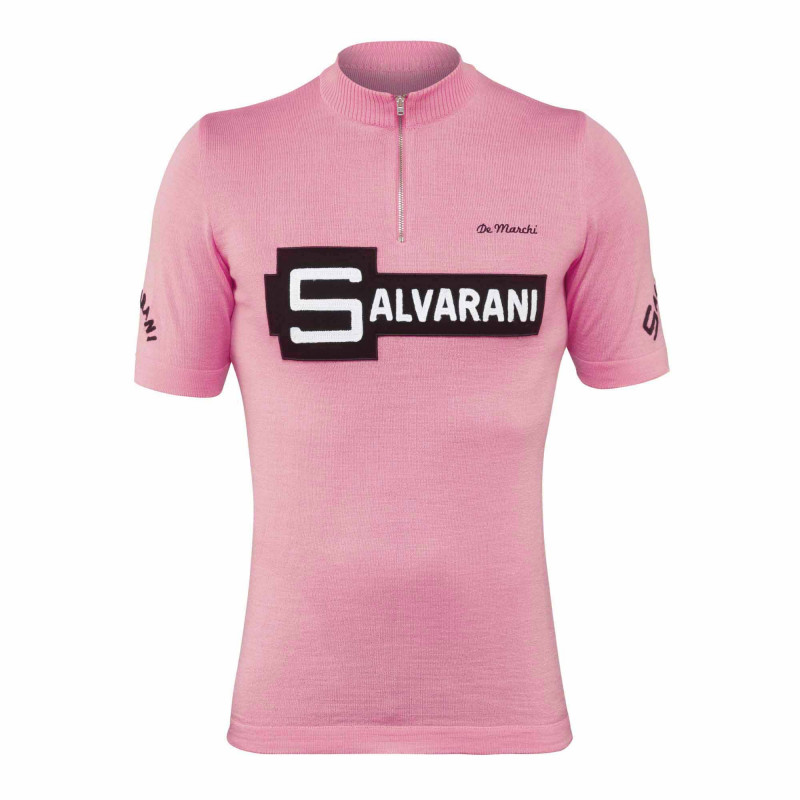 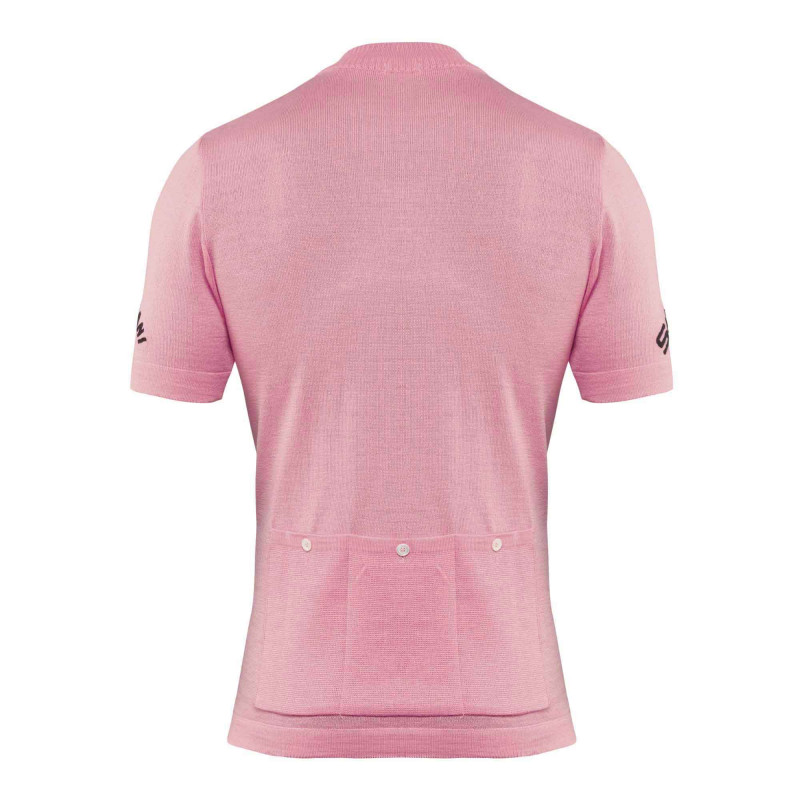 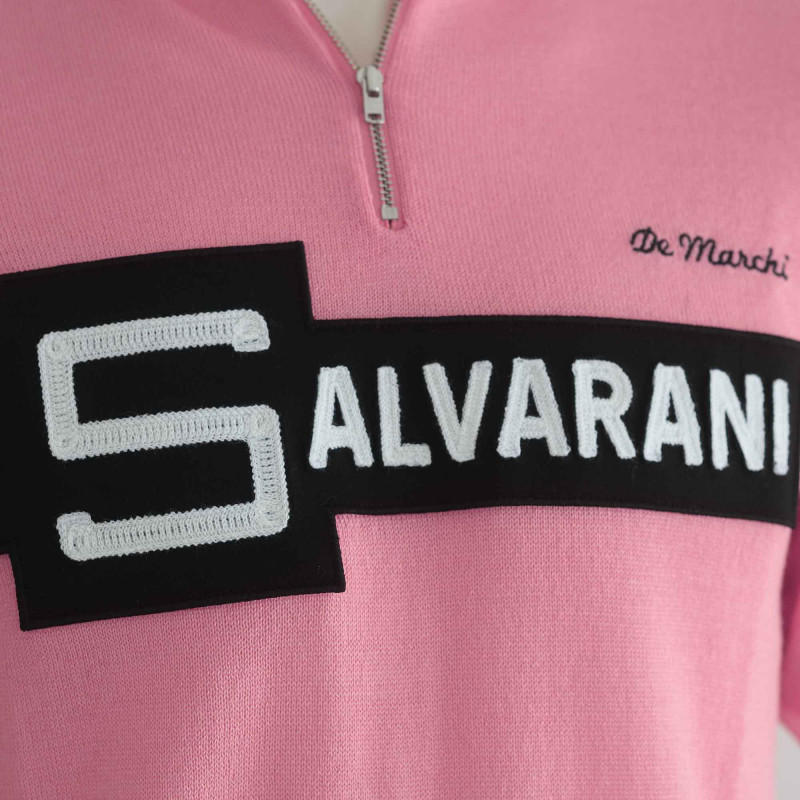 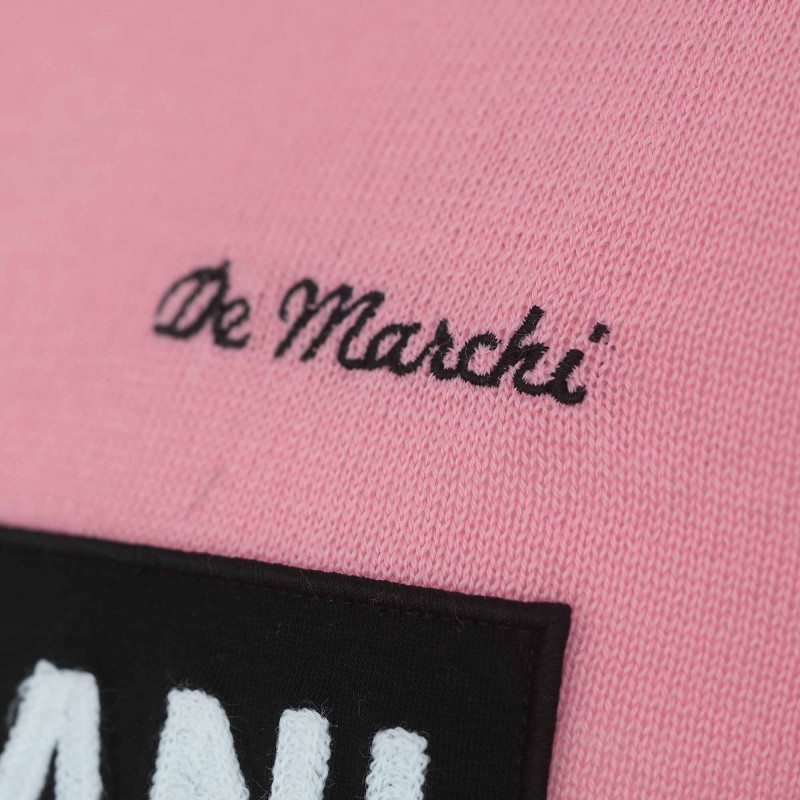 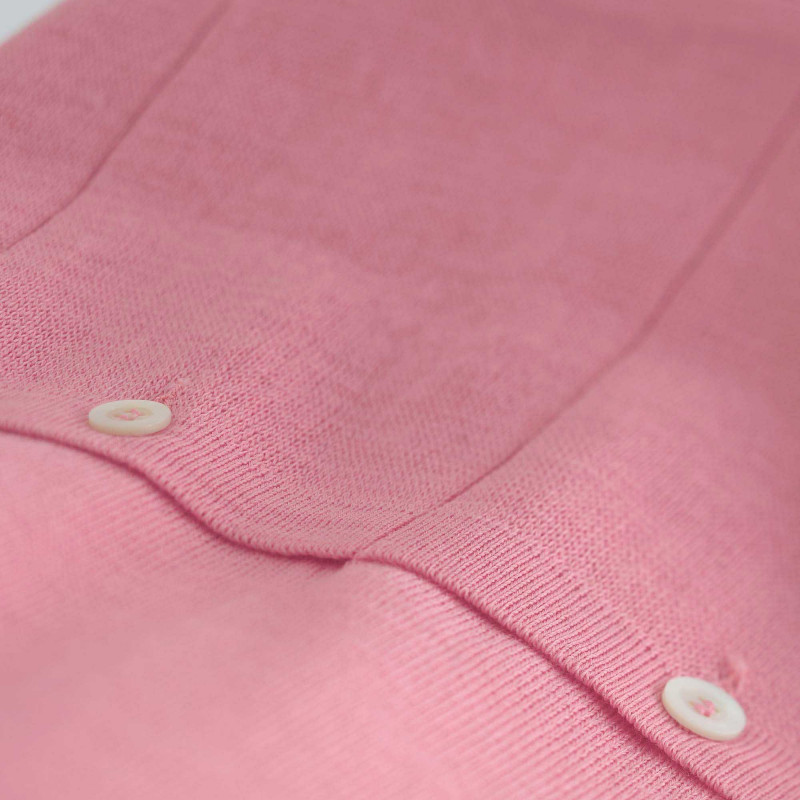 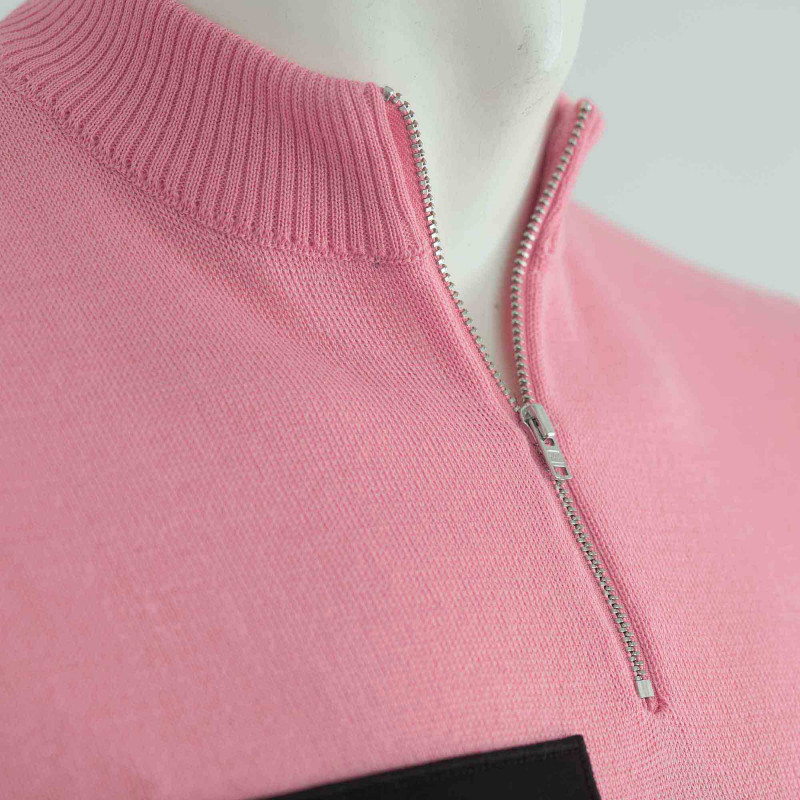 First introduced in 1965 at the Giro, the Salvarani pink edition jersey was a rarity meant to celebrate Vittorio Adorni's victory in the overall classification. It quickly became a very popular design so that it was carried over to Felice Gimondi when he won the Giro for Salvarani again in 1967 and in 1969. This accurate replica is the only authorized reissue and is made in Italy on original old school, warp-knitting machines from a 12-gauge title Merino wool blend. It features a vintaged YKK 1/4 zipper, three buttoned cargo pockets, traditional Cornely embroidery and genuine mother-of-pearl buttons.