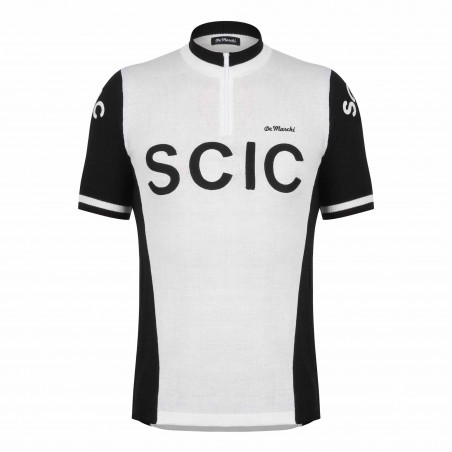 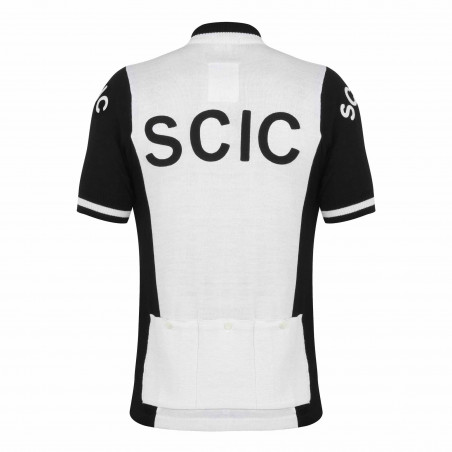 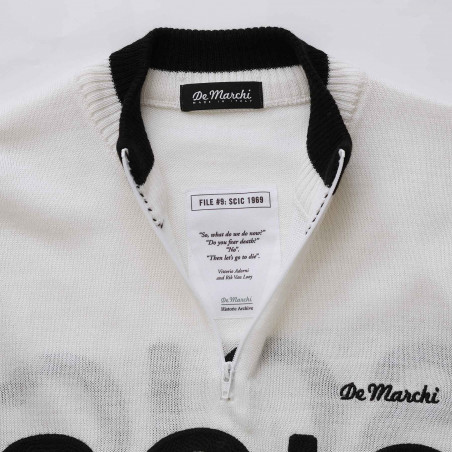 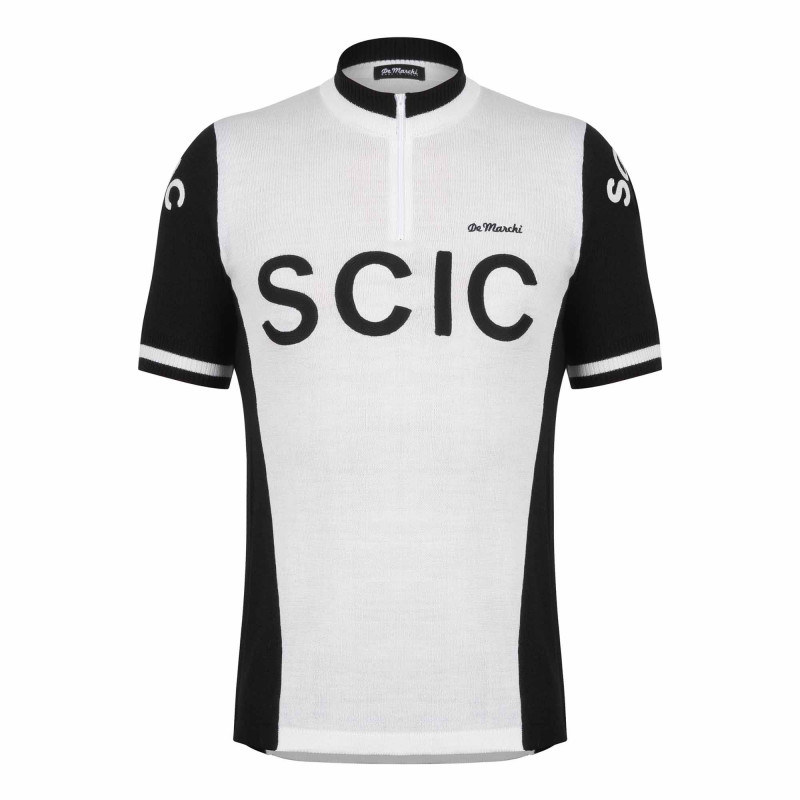 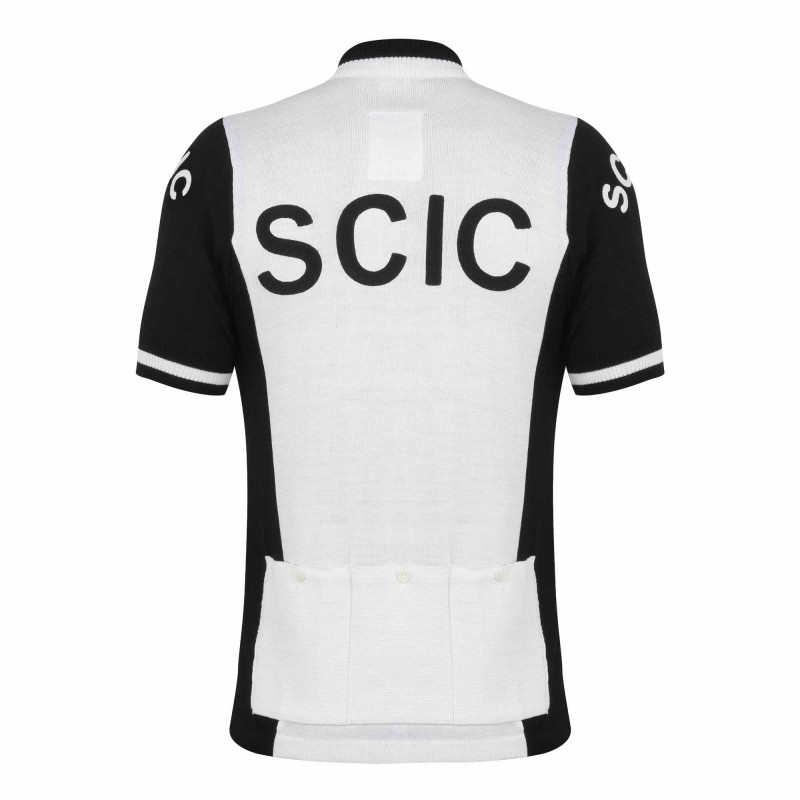 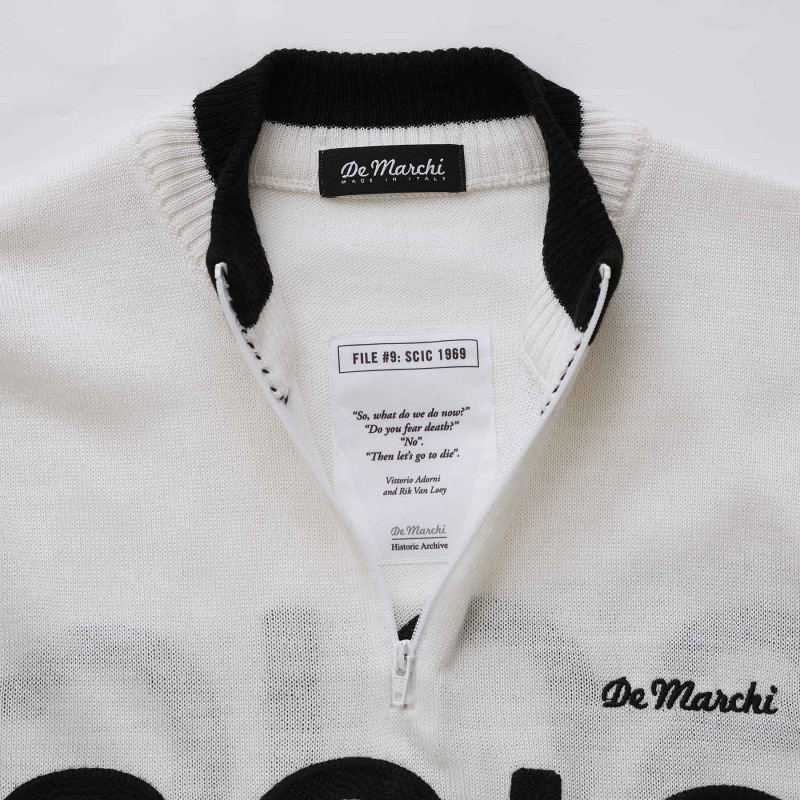 Replica of the one worn by Vittorio Adorni in 1969, the new SCIC Jersey by De Marchi is meticulously man made in Italy on the same 12-gauge, semi-automatic, old-school machines that made the original ones back in the day.The SCIC team was named after its main sponsor, a Milanese kitchen appliances maker that was very popular in Italy in the 60’s and 70’s. In its first year of racing activity, SCIC became immediately very popular thank to Adorni’s wins of the Tour de Suisse and the Italian National Elite Championship.The original jersey design was made by De Marchi and based on the colors of a popular Italian football team.Featuring a commemorative Adorni stitched label, coeval nylon zippers, chainstitch embroidery and three cargo pockets, the SCIC jersey is the closest thing to the original one.