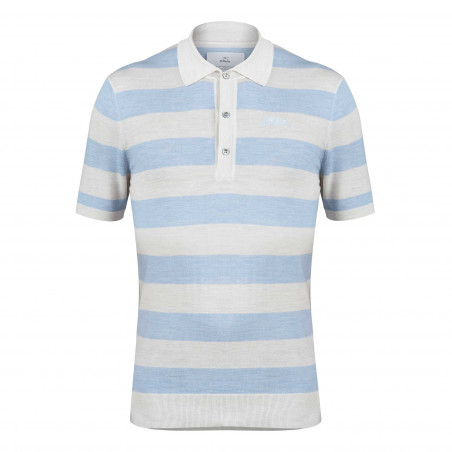 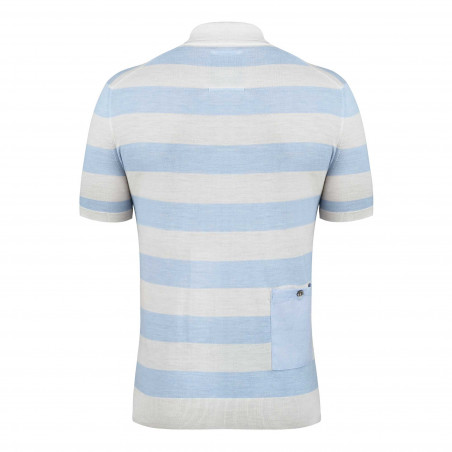 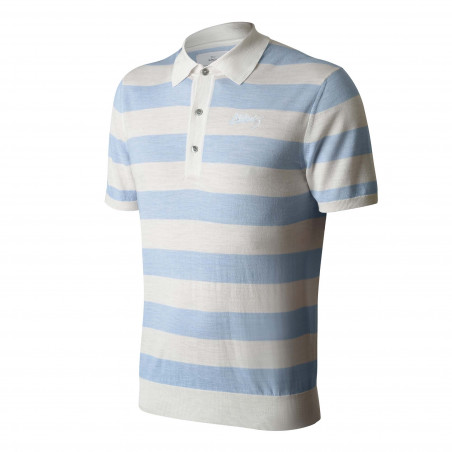 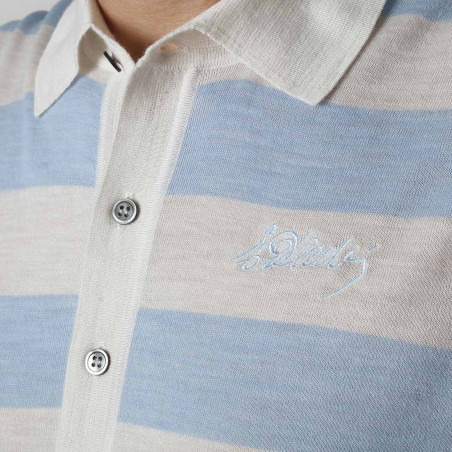 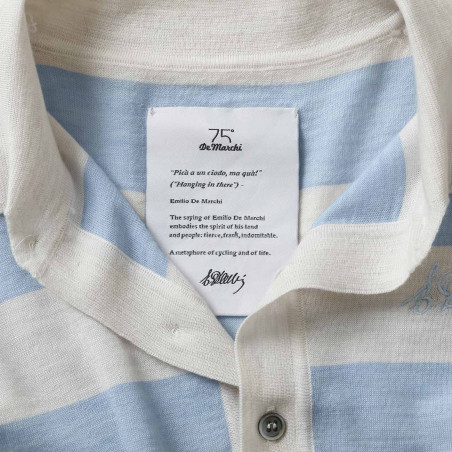 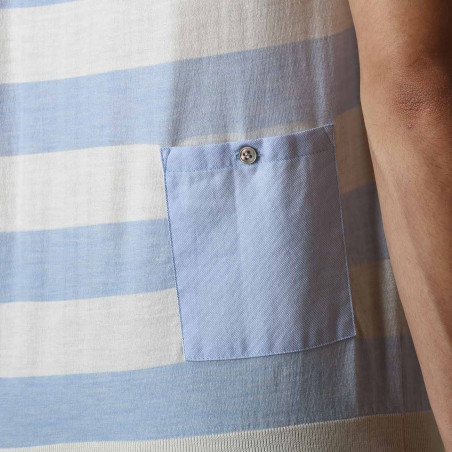 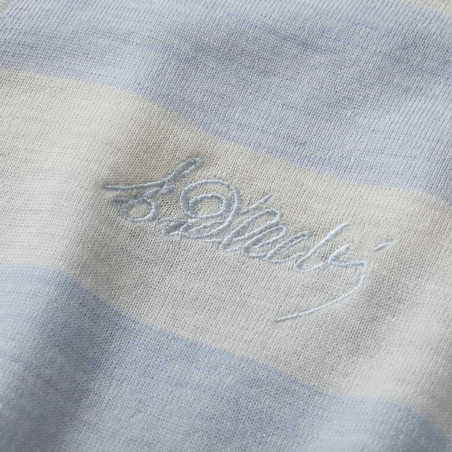 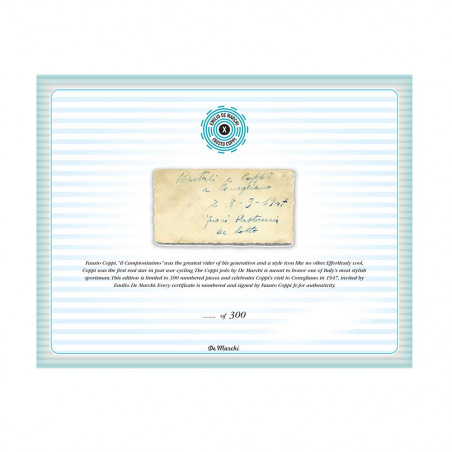 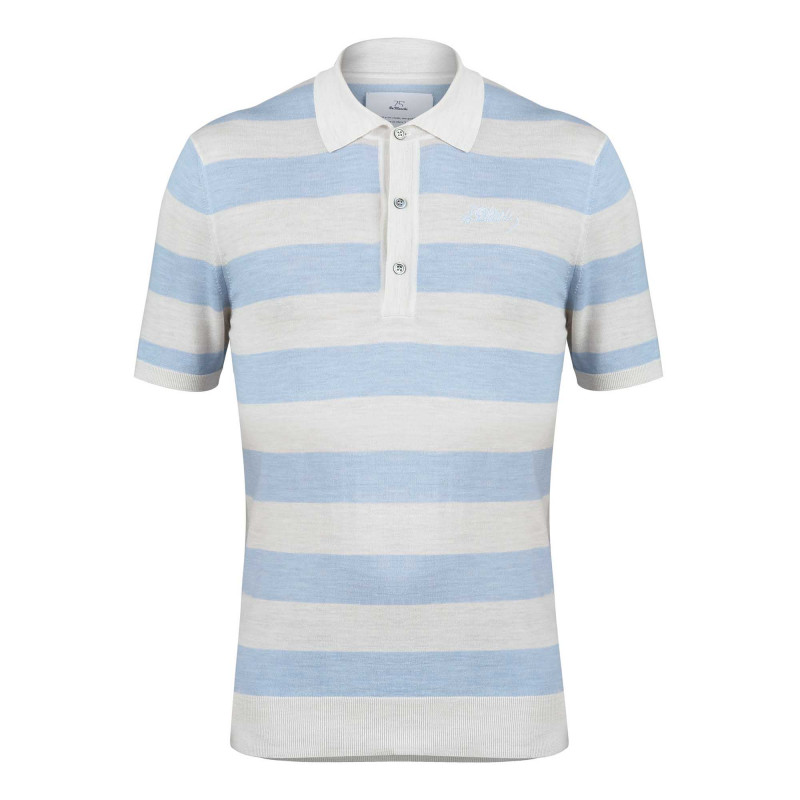 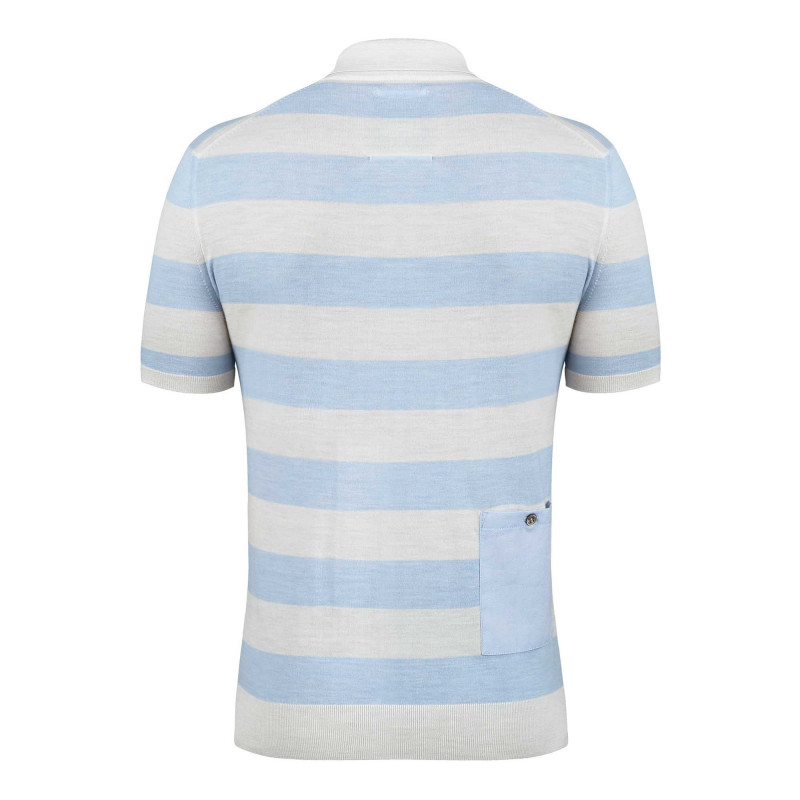 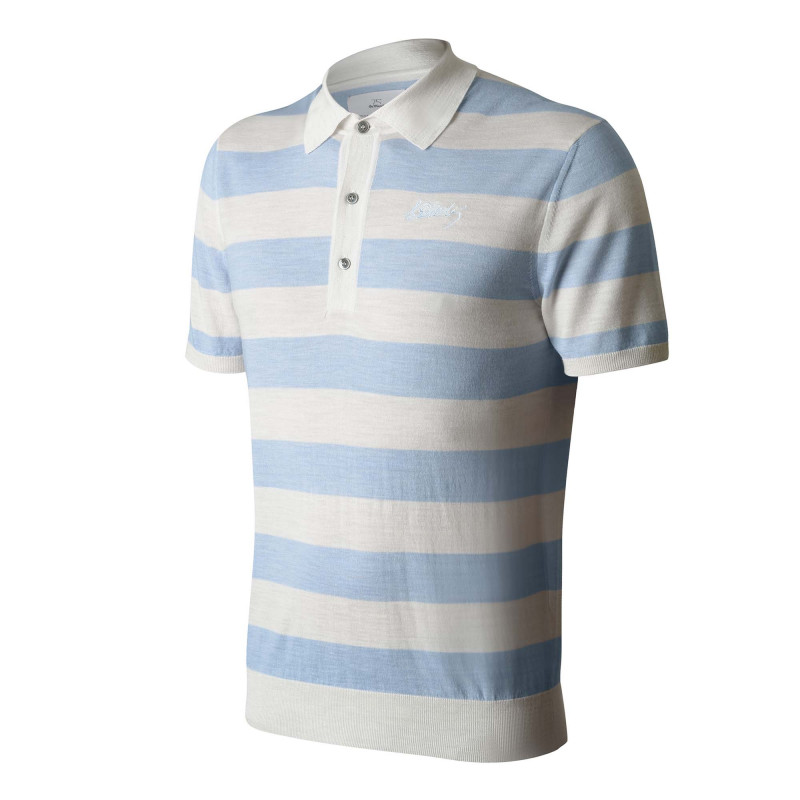 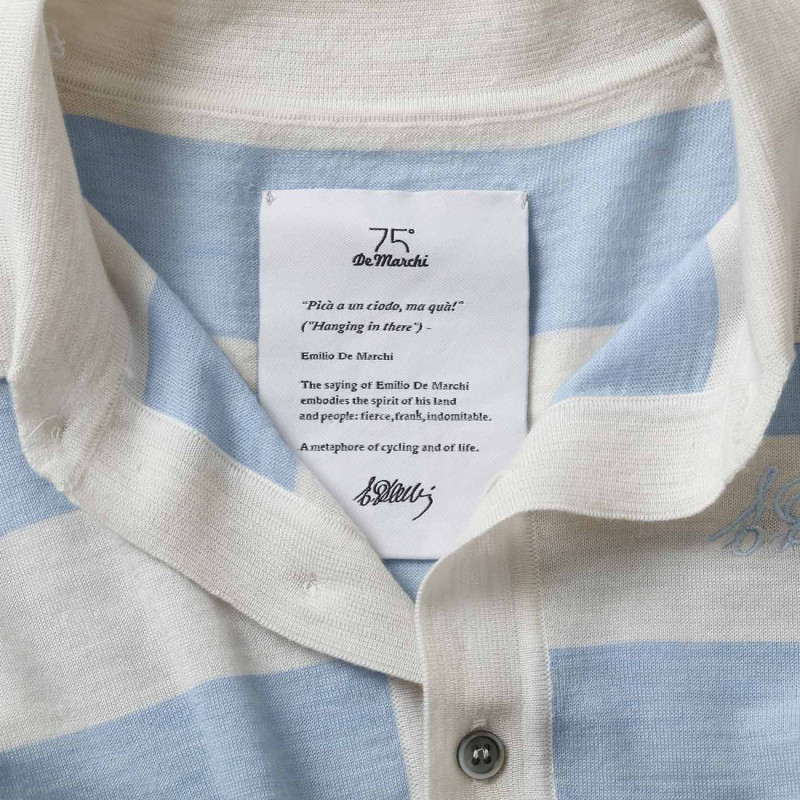 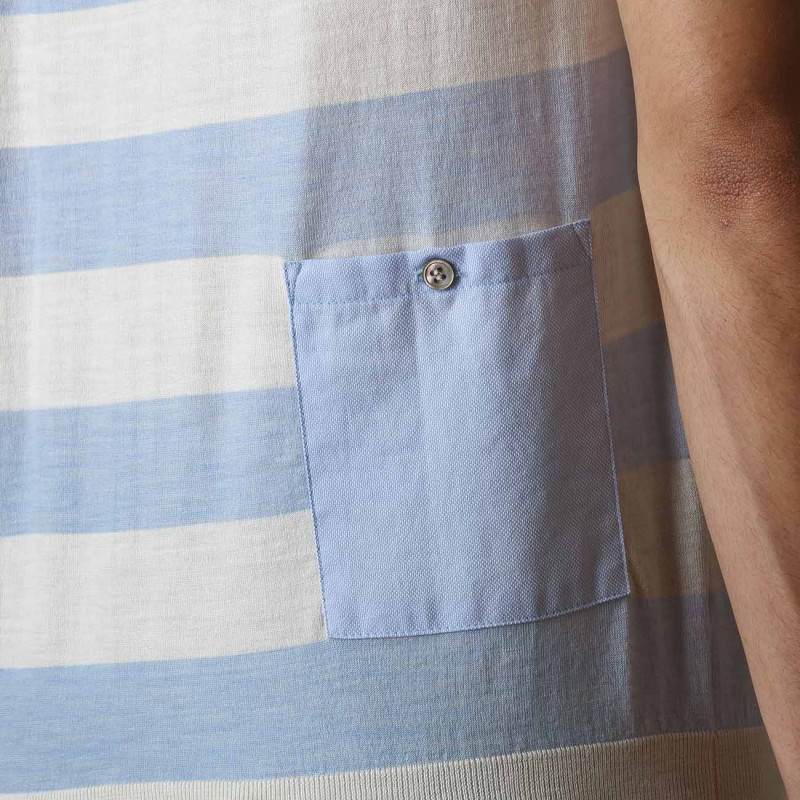 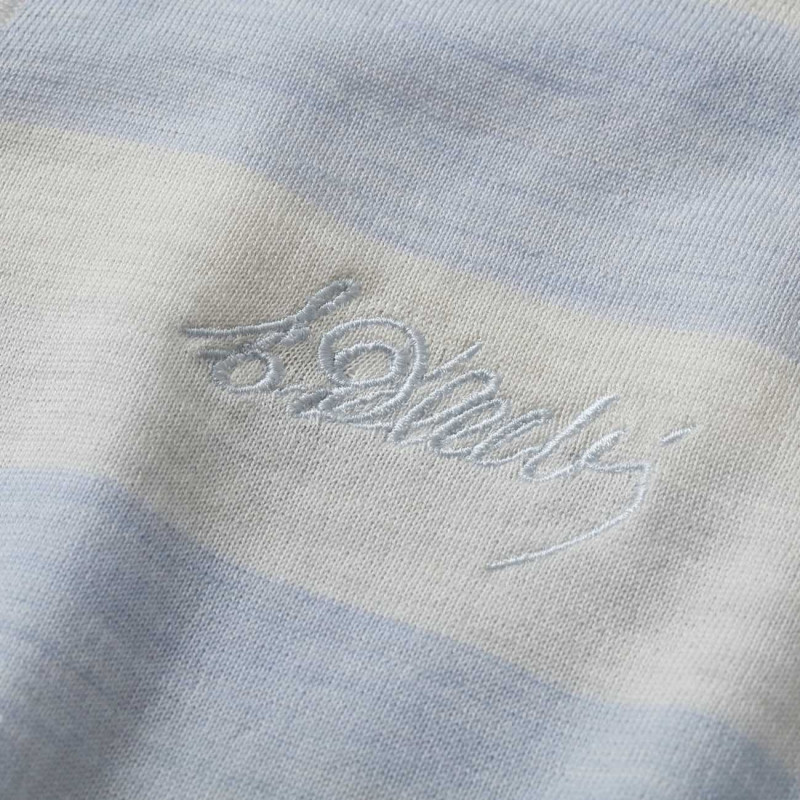 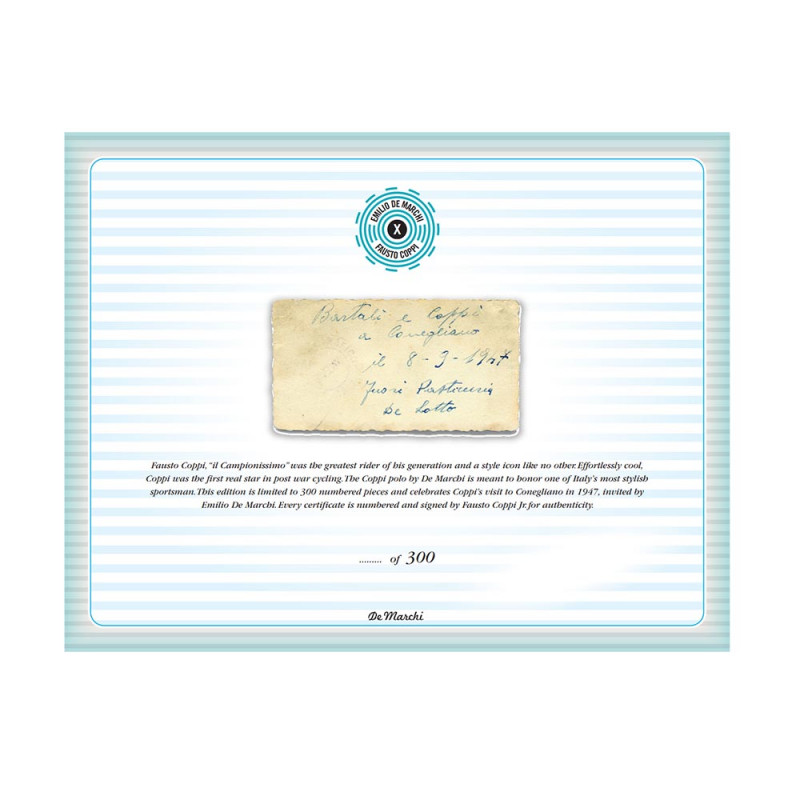 On September 8th, 1947 Fausto Coppi and Gino Bartali visited Conegliano, Italy, the headquarter of the then recently incepted Maglificio De Marchi, invited by Emilio De Marchi.
Often referred to as the “Campionissimo” (champion of champions), Fausto Coppi was not only in close competition with Eddy Merckx for the honorific title of best rider in road racing’s history but had without doubt more influence than anyone on the modern cycling aesthetic that was taking shape in those years.
“Fausto Coppi was the first cycling avant-garde” said his team mate Raphaël Geminiani. “Simply put, he invented modern cycling after the war”. Transformative in his approach to every aspect of cycling, from equipment to diet, Coppi was especially the first style icon of the sport. Thin and pallid, he was a modern role model for his generation and the one that followed.
His influence can still be seen today as his blueprint was adopted by riders such as Anquetil, Merckx, Hinault and Froome.
In an original picture taken by Emilio De Marchi himself, Coppi was wearing a stylish striped polo that we are reissuing today as part of our special 75th Anniversary capsule. The Fausto Coppi polo is available in sky-stone and gray-navy colorways.
Individually knitted in Italy from Super Extra Fine and sustainable 100% new Merino wool, the Fausto Coppi polo is a work of (fine) art. Limited to 150 pieces per color, it includes Emilio De Marchi’s signature chainstitched on the heart and Fausto Coppi Jr’s guarantee of authenticity signed on a numbered certificate.
The polo features a slim fit that is consistent with the rest of the De Marchi heritage collection or about a size smaller than conventional recreational apparel. A distinctive back pocket made of chambray and oxford twill respectively on the sky-stone and gray-navy colorways.