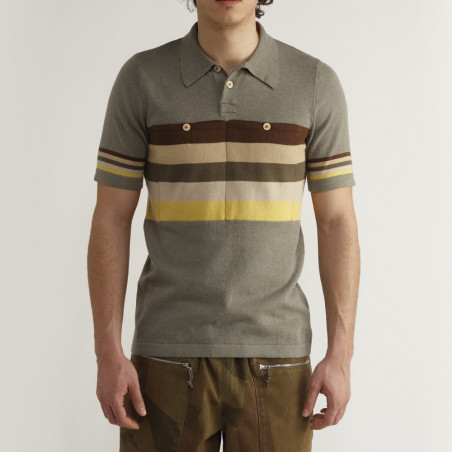 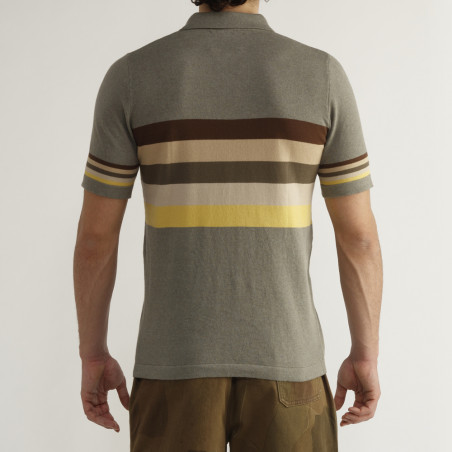 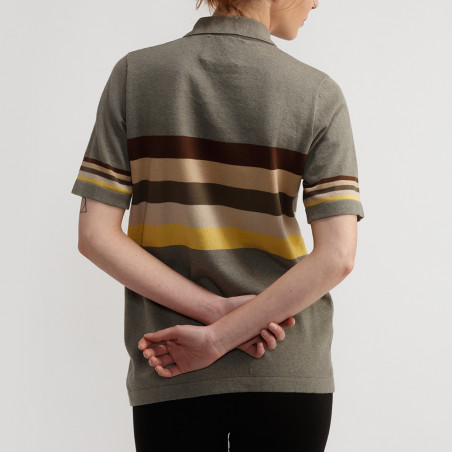 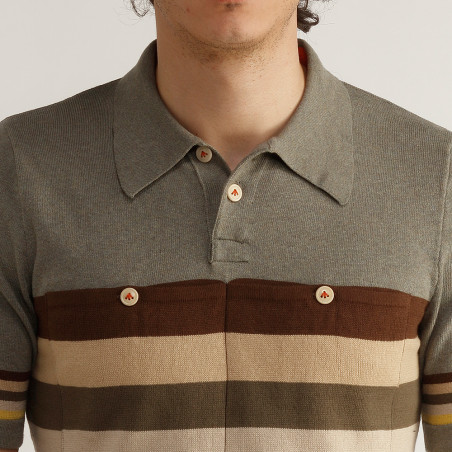 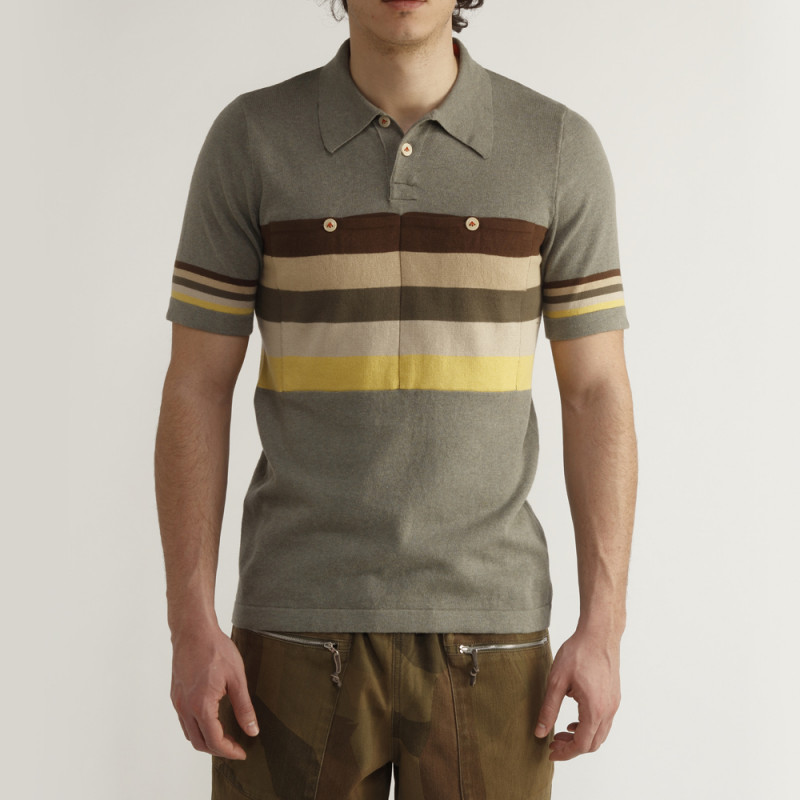 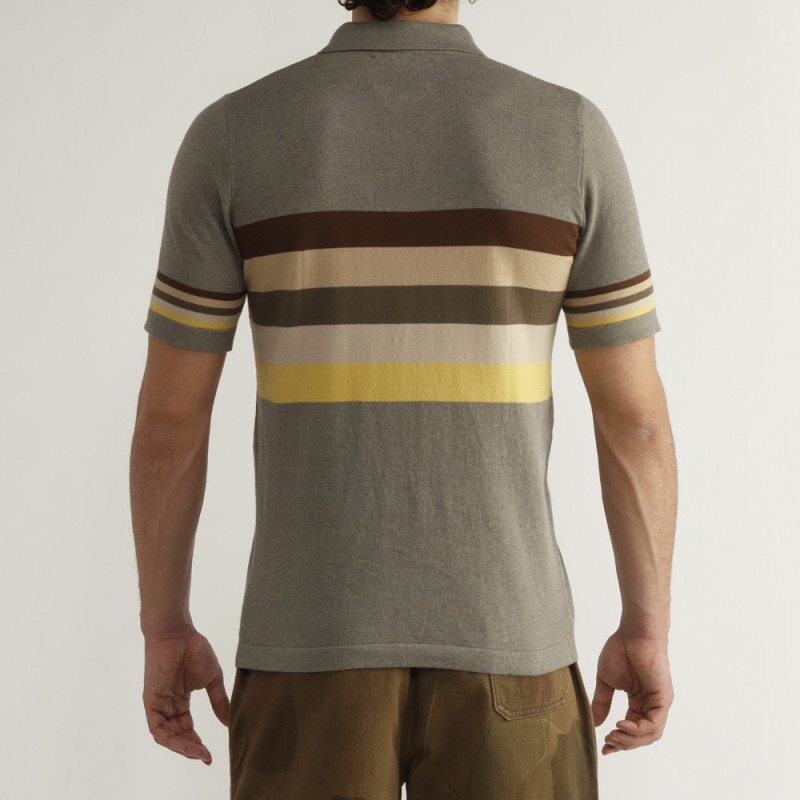 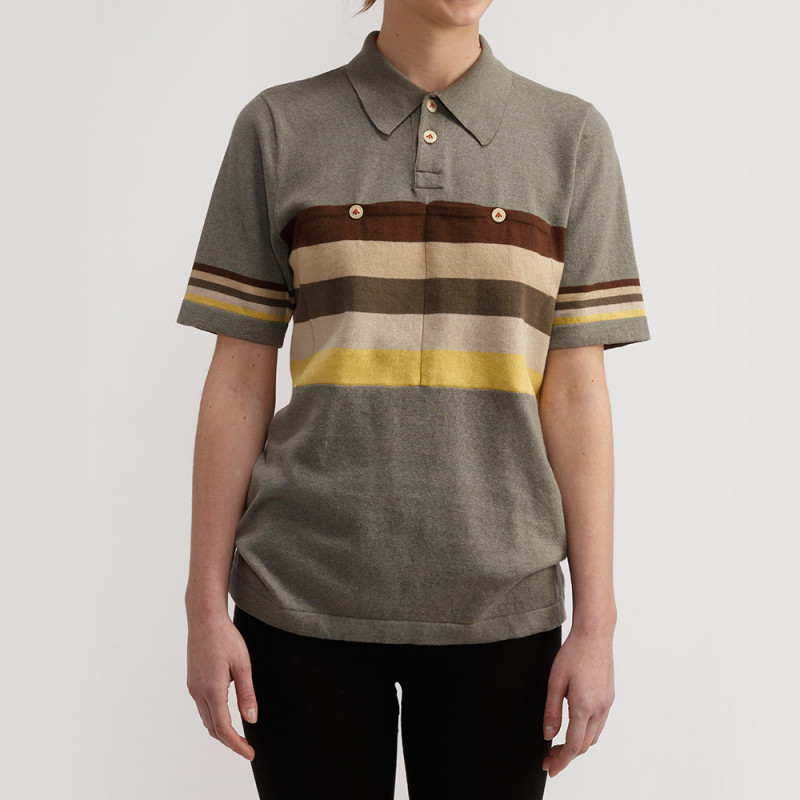 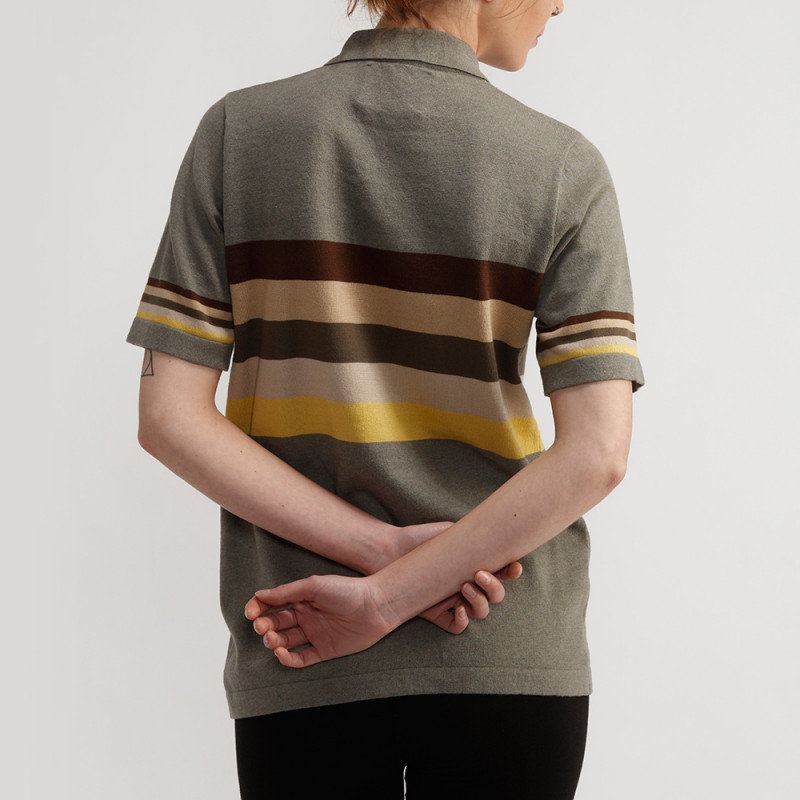 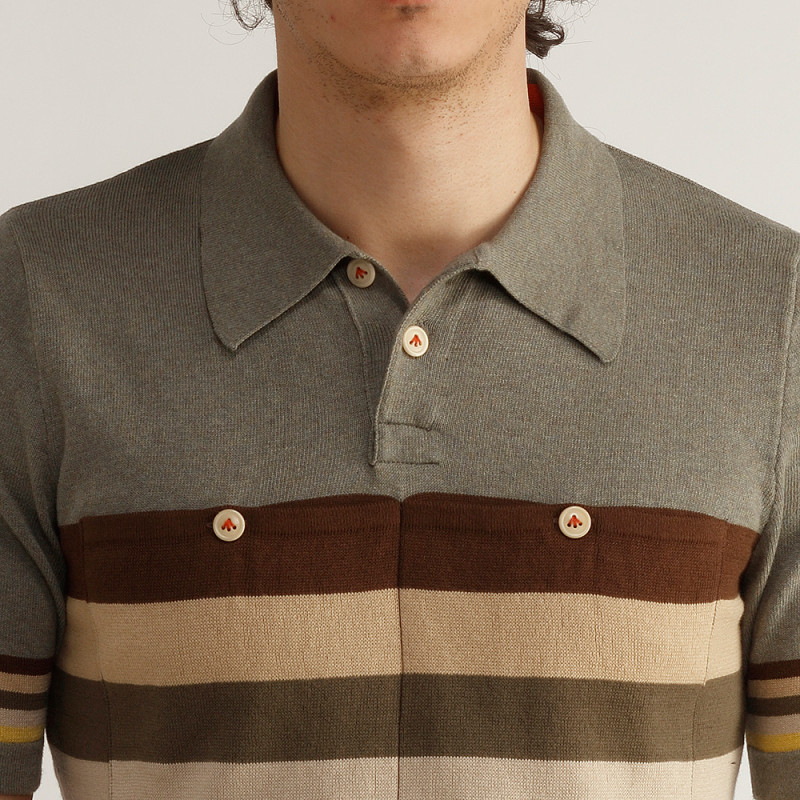 Replicating the exact same jersey made by Elda De Marchi to celebrate Fausto Coppi’s victory at the 1953 World Cycling Championship in Lugano, Switzerland, the Champions Jersey is Nigel Cabourn's take on one of the most popular cycling relic ever. Made on the same old-school knitting machines in 12-gauge, 100% pre-shrunk cotton, the Champions Jersey features the original World Champion striped design with colors that are inspired by the military epic during World War II. Fausto Coppi himself actually served in the Italian military during the war.