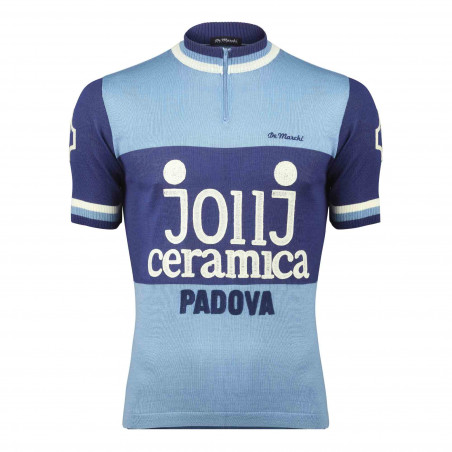 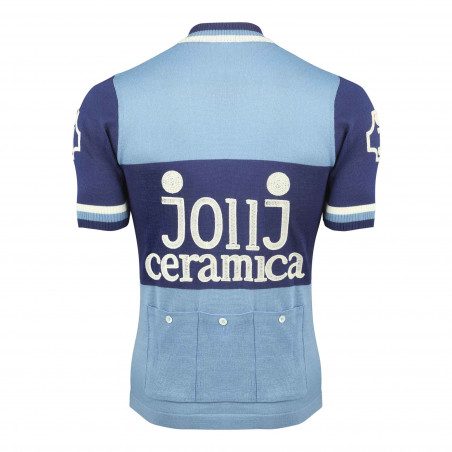 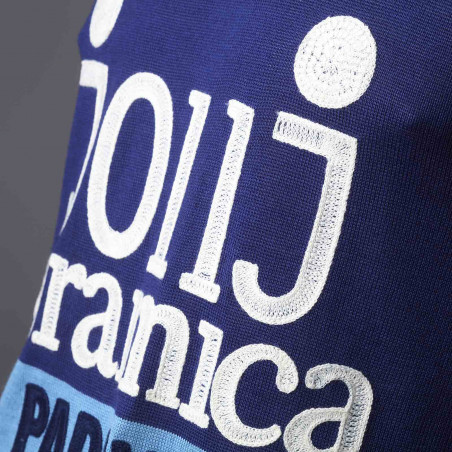 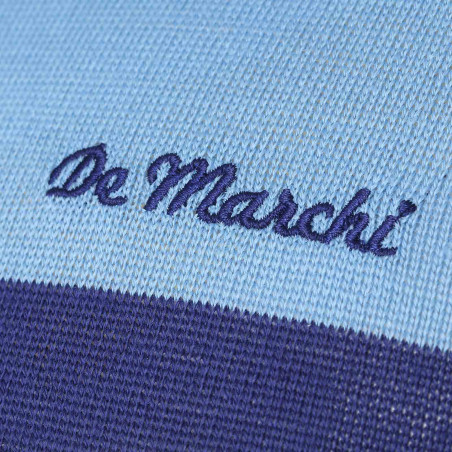 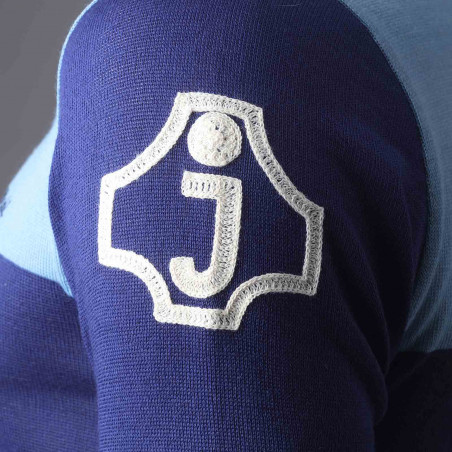 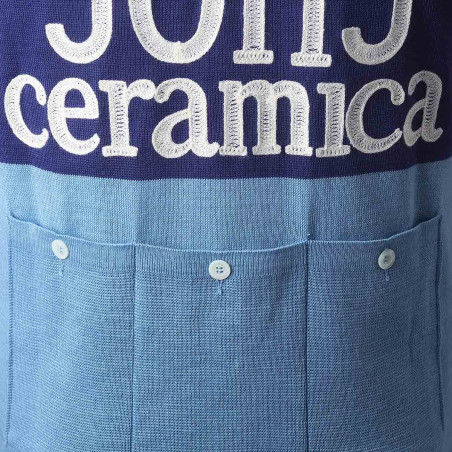 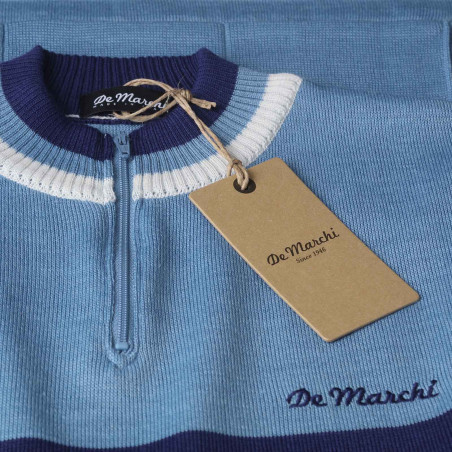 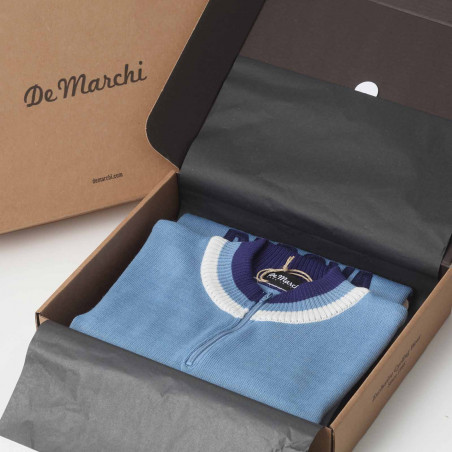 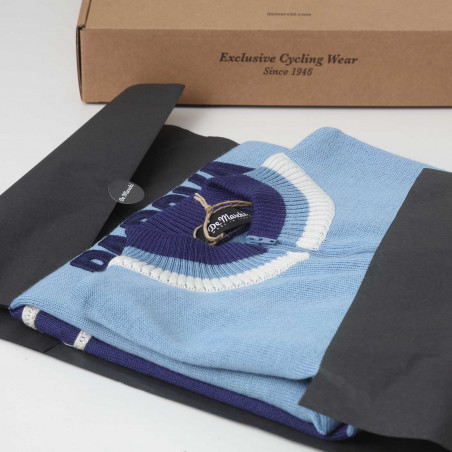 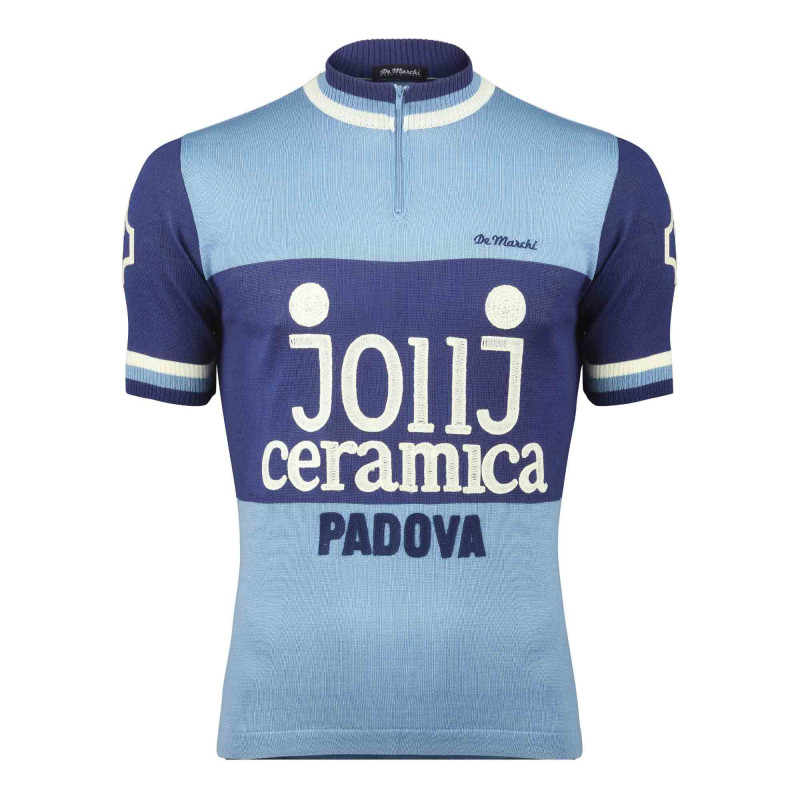 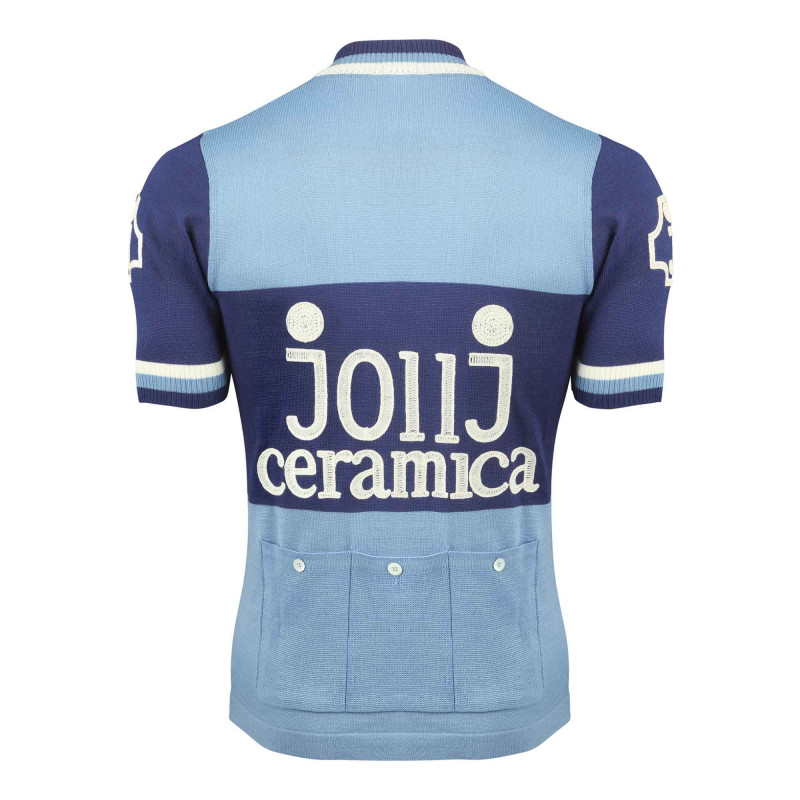 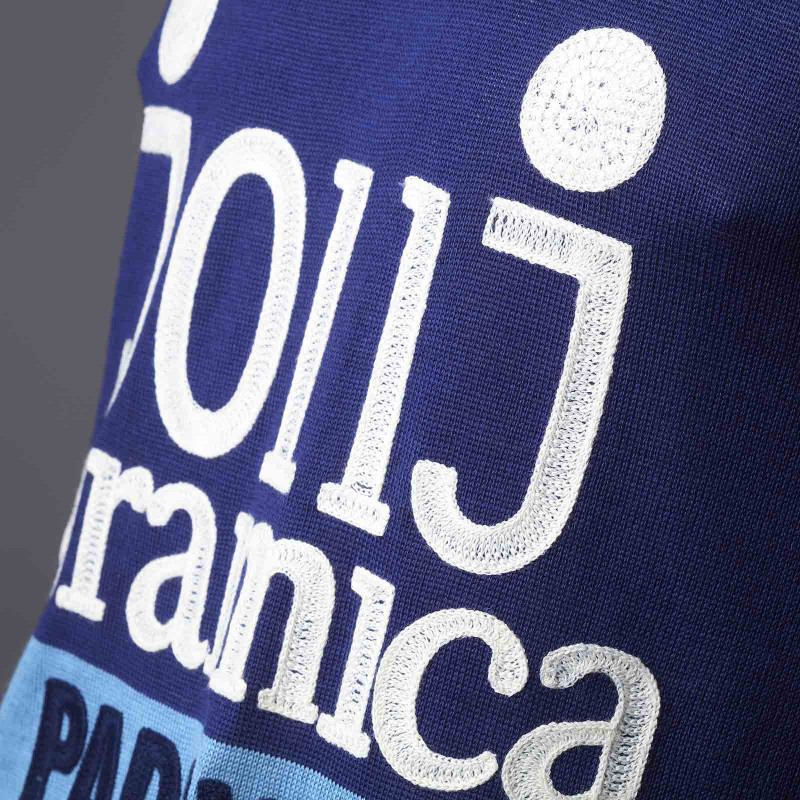 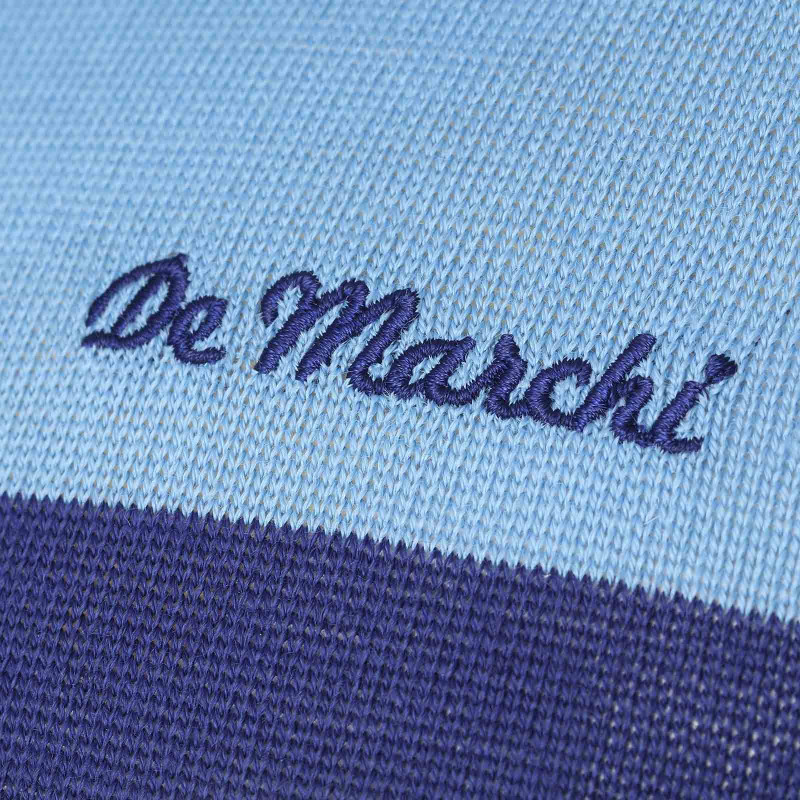 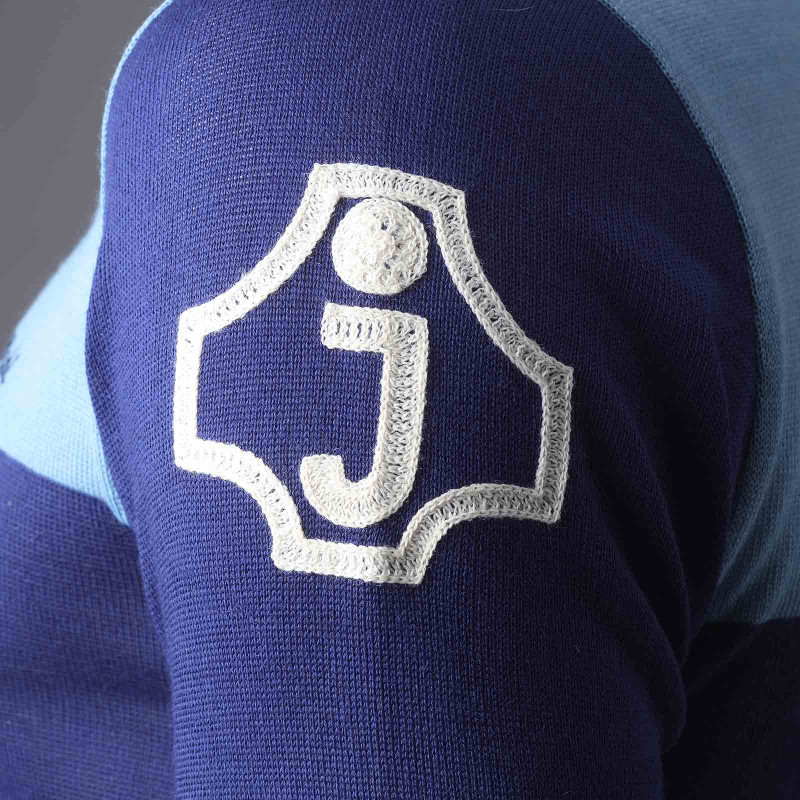 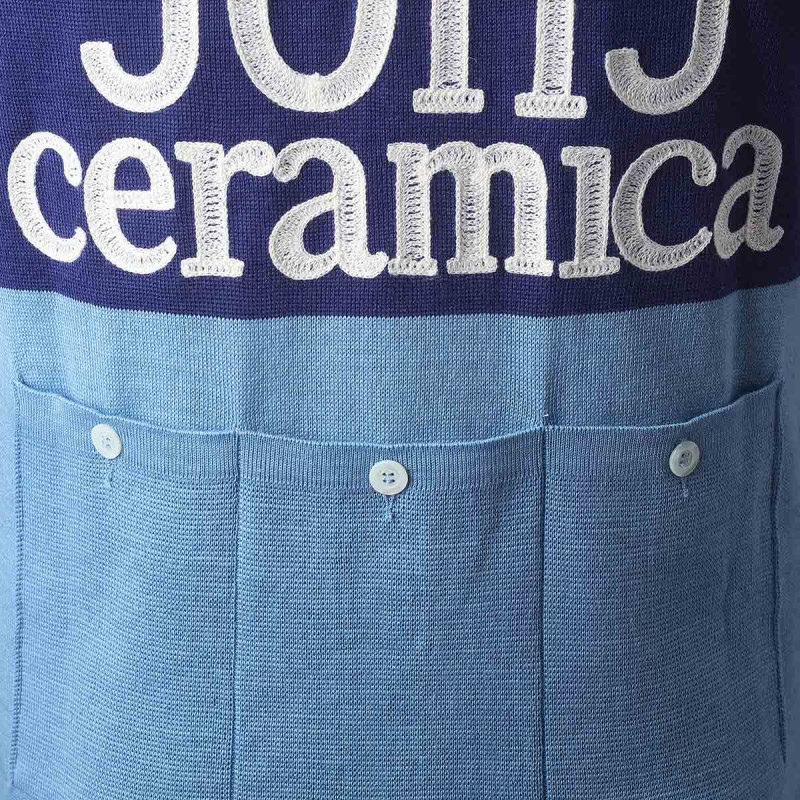 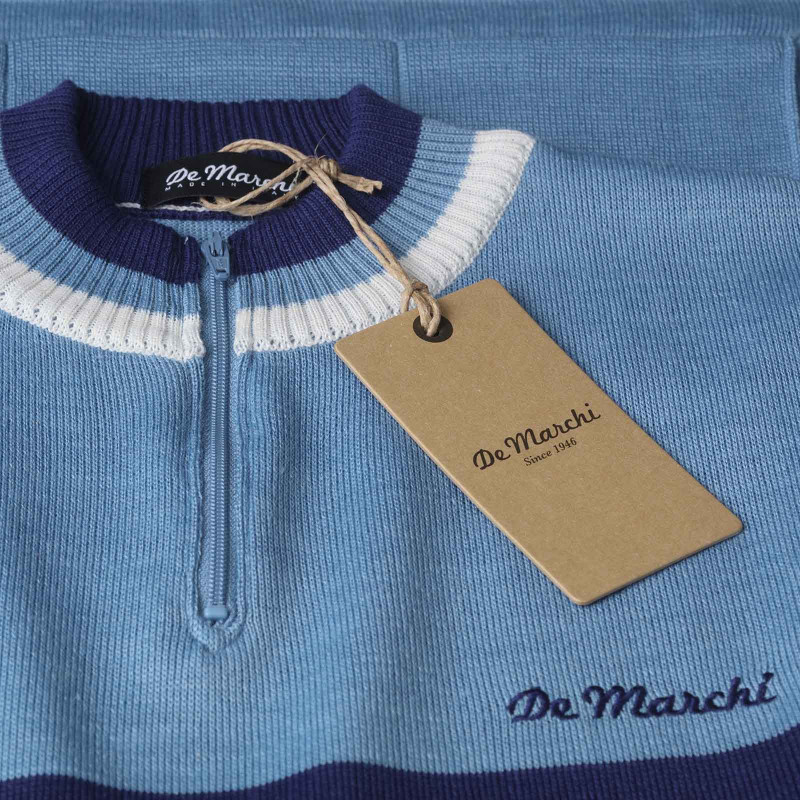 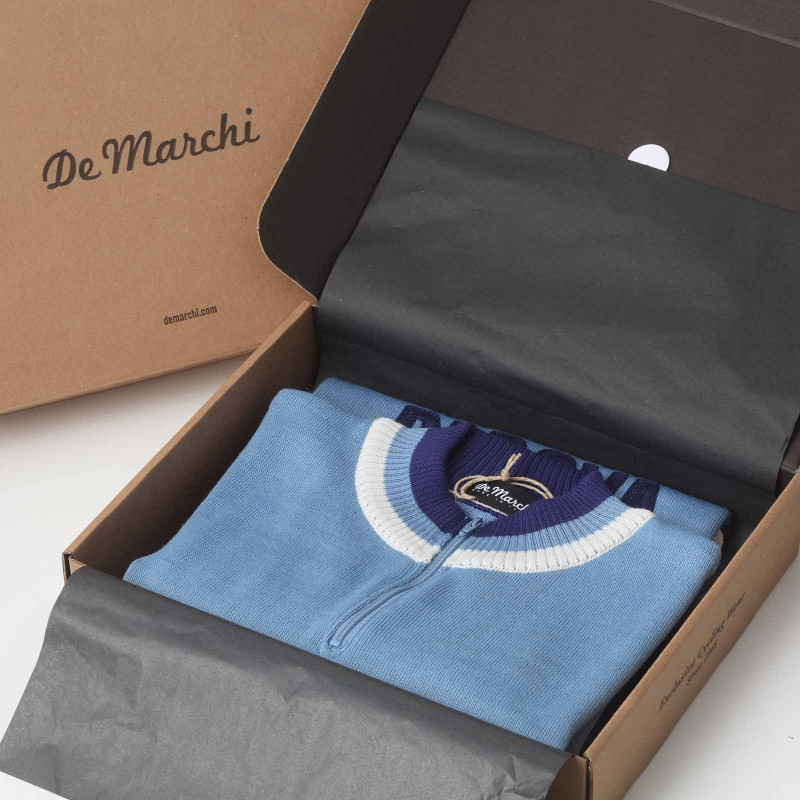 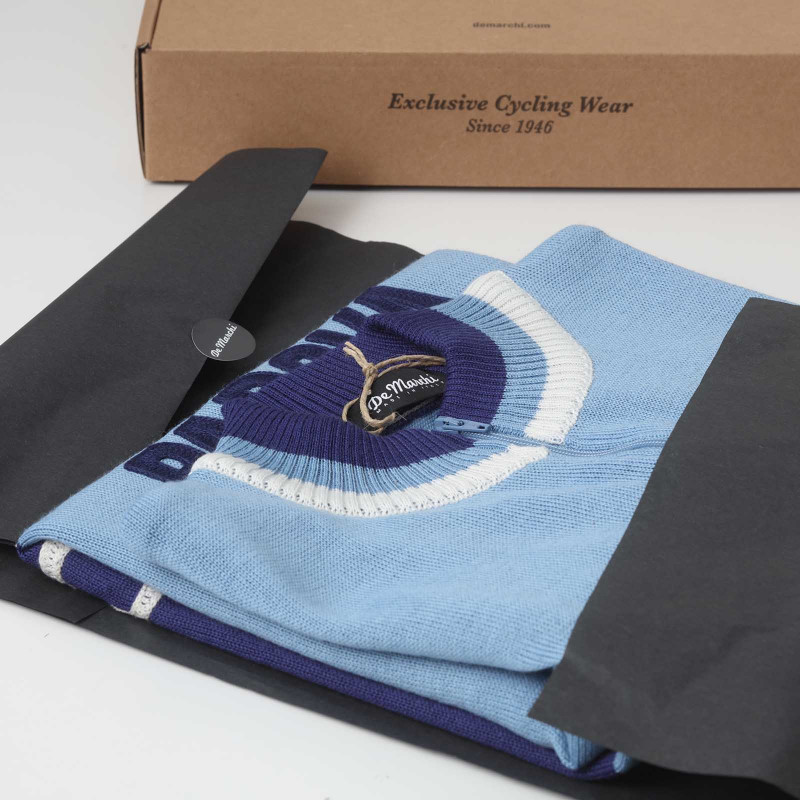 This year marks 45 years from the first victory for a PInarello bicycle in a Grand Tour event. It was June 1975 when Fausto Bertoglio, born 1949, third year as a pro, emerged as world class rider by winning a Giro d'Italia orphan of Merckx (injured and about to retire) and Moser (training for the Tour de France). The team is Jollj Ceramica and Bertoglio starts behind both Battaglin, the leader, Knutsen and Gavazzi, the gregari. Then, against all odds, right after Battaglin take the pink jersey for a day and is expected to carry it all the way to the end, Bertoglio hits a memorable chrono climb in Ciocco, Tuscany to win the race on the Stevio pass a few days later. Later in September Bertoglio is also going to win the Vuelta Catalunya and make the two-tone blue jersey immortal.

This accurate replica has been made to replicate exactly the 1975 original, using the same Merino blend yarn for easy care that was starting to be adopted as standard in those years plus the same exact color tone, fit, finishing and trims, including real mother-of-pearl buttons, YKK nylon zippers and Cornely-like embroidery. Entirely made in Italy on semi-automatic knitting machines and by hand.